With the 2018 FIFA World Cup less than 1 year away from kicking-off, the host country Russia are preparing everything for the approaching worldwide football competition. 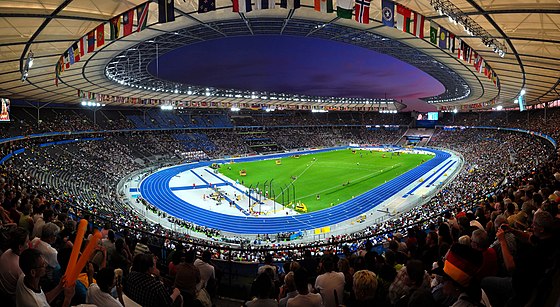 Just like every other previous edition of the tournament, there have been setbacks and obstacles that the host nation has to undergo and it´s no different this time around for Russia.

The initial budget that Russia was believed to have been of $10.5 billion and it has been elevated to $10.8 billion which is an increase of $324 million.

Even though it was not announced as to why exactly this enlargement occurred, considering some of the recent events that have been occurring, this change can be pointed towards several things.

Back on June of the ongoing year, there was an incident which emerged in the Russian city of Volgograd involving a fire in one of the stadiums that is being built to host a few matches for the impending competition.

According to the firefighters that responded to this call, around 100 square meters were affected by the fire and this is an additional cost that has to be resolved in a quick manner as the 2018 FIFA World Cup is edging closer with every passing day.

That was an unexpected and extra cost that Russia has to deal with.

The Russian president Vladimir Putin has also decided to increase the security measures for the 2018 FIFA World Cup with more officials expected to be offloaded as well as a decree which prevents the sales of civilian and service weapons, portable firearms, ammunitions, edged weapons are going to be banned in the areas where tighter security measures are imposed as well as explosives and poisonous substances.

All of these additional actions, measures, decisions that have been made recently will certainly take a toll upon the total budget that Russia has to work around for the next FIFA World Cup.