Germany international Bernd Leno has acknowledged that he has experienced a relatively good season with Arsenal. The shot-stopper started the season as the second-choice to Petr Cech in goal but he managed to secure the number one role after the veteran suffered a hamstring injury midway through the Premier League game against Watford in October.

Since then, he has racked 23 starts in the English top-flight and most of his performances have been consistent enough to please the Gunners faithful. Speaking to Arsenal.com, Leno said: “I think I’ve played a good season and of course I need time to get a feeling and adapt to the league and my new team. Goalkeeper is a special person and I think I’m now in a good moment. I will keep working over the last eight games to show my best performances and help the team. I think today I did the same like weeks before. We are in the top four and now the other teams will wait for our mistakes.” 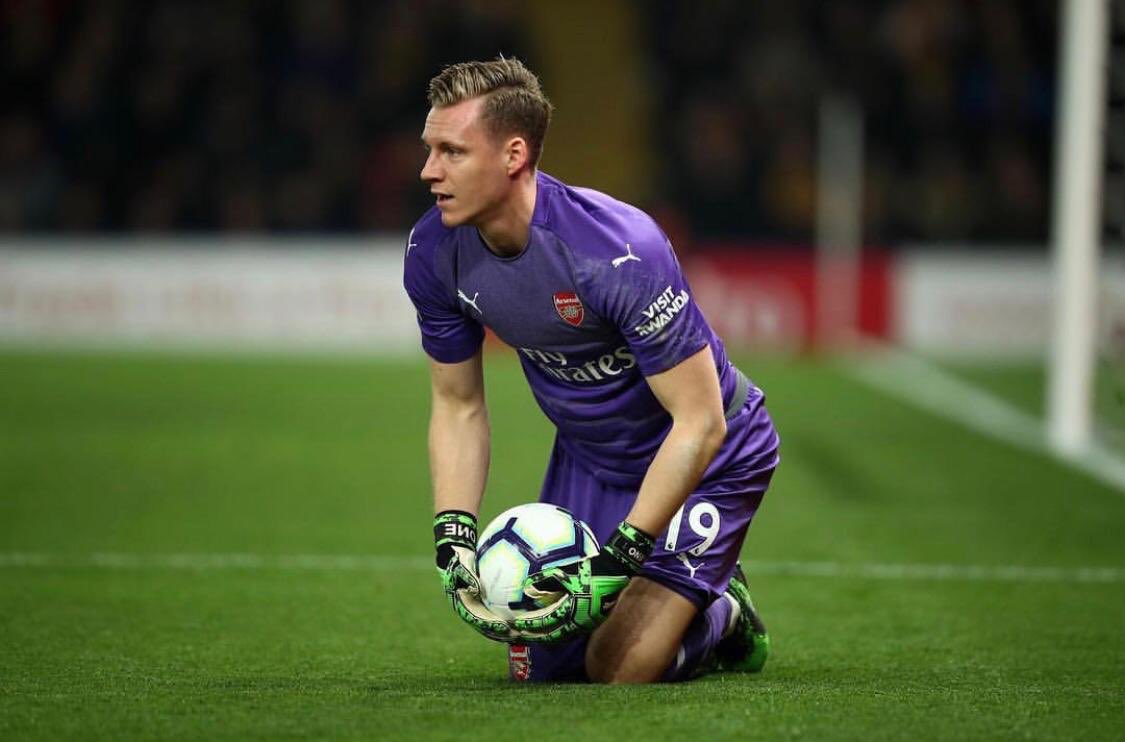 Leno has been criticised for the odd mistake during the course of the campaign but of late, he has been in brilliant form with point-blank saves against Tottenham Hotspur and Manchester United, which have helped the club secure valuable points. At present, Arsenal are occupying the fourth position on the table, and they are holding a two and three-point advantage over Manchester United and Chelsea respectively for the final Champions League spot.

For the rest of the season, the north London club have the advantage of not playing a team from the top six and that could offer them with the head start to push for a return to the Champions League. They can similarly do so by winning the Europa League title this term but that remains far from happening at the moment.

The Gunners are currently trailing Rennes by a 3-1 scoreline after the away leg of the round of 16 stage and they need to overcome the deficit first, if they are to hold any chance of progressing to the quarter final phase of the competition.